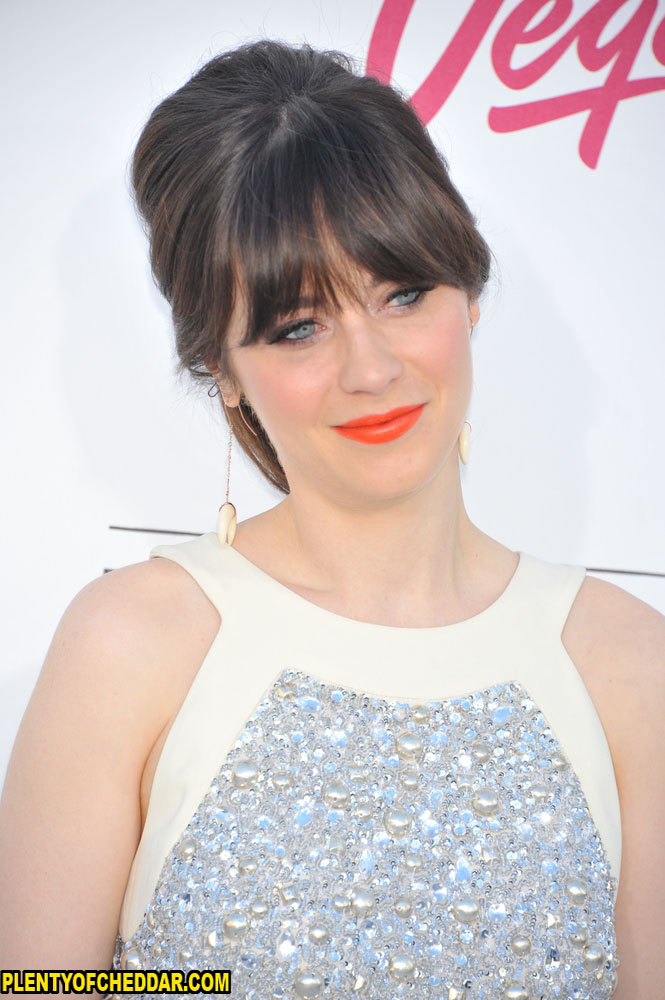 Zooey Deschanel has an estimated net worth of $7 million

Zooey Deschanel is an American actress and musician with an estimated net worth of $7 million.  She is 5’6″ and weighs 121 pounds. Born on January 17, 1980 in Santa Monica, CA, Zooey is the daughter of Academy Award–nominated cinematographer and director Caleb Deschanel and actress Mary Jo Deschanel.   Her older sister, Emily Deschanel, is also an actress and stars in the TV hit series Bones. Born into an esteemed acting family, it was only natural for Zooey to follow the same path attending French Woods Festival of the Performing Arts and later dropping out of Northwestern University to begin her acting career.

After a slow, but steady rise in young Hollywood, with small roles in Mumford (1999), Manic (2001) and 2002’s The Good Girl, starring alongside Jennifer Aniston and Jake Gyllenhaal, Deschanel landed her first lead role as “Noel” in 2003’s All the Real Girls, which garnered her an Independent Spirit Award for Best Actress nomination. Commercial success soon followed with a starring role as “Jovie,” opposite comedic superstar Will Ferrell in 2003’s box office smash, Elf.  During this time, Zooey would pursue another passion for music. In 2008 she and friend singer/songwriter M. Ward released their first album, Volume One, under the band name She & Him. They would go on to release a second album, 2010’s Volume Two.

Known for her quirkiness and deadpan delivery, Zooey had accumulated an impressive body of work by 2013 with roles in Failure to Launch (2006), The Happening (2008), Yes Man (2008) and a starring role as “Summer Finn” in Indie breakout hit, (500) Days of Summer (2009). Following a short courtship, Deschanel married musician, Ben Gibbard, in 2009. Citing irreconcilable differences, the couple divorced three years later on December 12, 2012.

Zooey Deschanel’s Net Worth Could Buy:

Zooey Deschanel has enough net worth to give almost every person in Serbia $1.