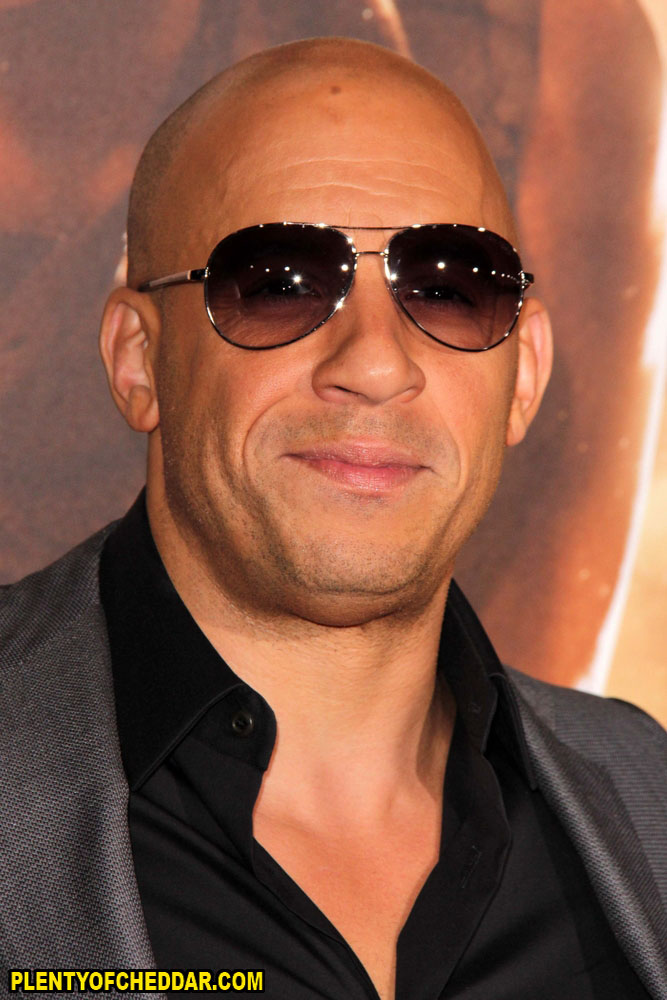 Vin Diesel has an estimated net worth of $44 million

Vin Diesel is an American actor, producer, and screenwriter with an estimated net worth of $44 million. He is six feet tall and weighs 225 pounds. Mark Sinclair Vincent also known as Vin Diesel, was born on July 18, 1967 in New York City, NY. After spending his adolescent years performing on the local theater circuit, Vin attended New York’s Hunter College before dropping out to pursue a career in Hollywood. His first roles in were in critically-acclaimed films Multi-Facial (1994) and Strays (1997), which the actor wrote, directed, produced and starred in.

Vin is currently working on reprising his role of “Dominic Toretto” in the Fast & Furious 7 and recently earned a star on the Hollywood Walk of Fame. The actor is an avid fan of the popular fantasy role-playing game Dungeons & Dragons, having played the game for over twenty years. Once romantically involved with Furious co-star Michelle Rodriguez, Vin has stated that he prefers to date only in Europe where he can maintain privacy about his personal life. He has two children with Mexican model girlfriend Paloma Jimenez, daughter Hania Riley born in 2008 and son Vincent born in 2010.

Vin Diesel has an enough net worth to buy:

Vin Diesel has enough net worth to give everyone in Argentina $1.