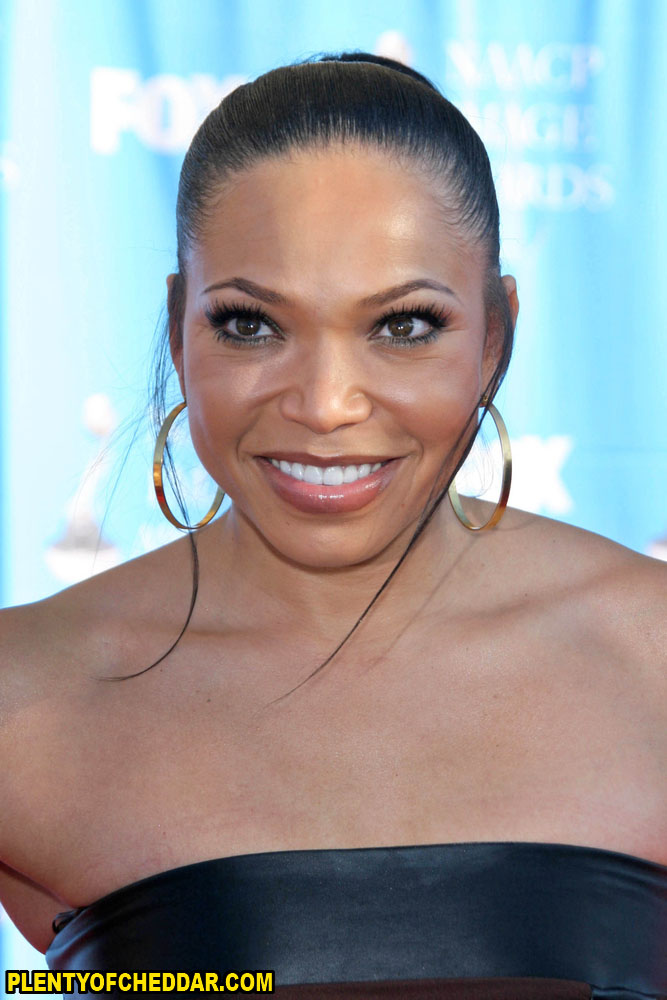 Tisha Campbell has an estimated net worth of $15 milliion

Tisha Campbell-Martin is an American actress and singer with an estimated net worth of $15 million. She is 5’4″ and weighs 142 pounds.  Tisha Campbell was born October 13, 1968 in Oklahoma City, Oklahoma. Campbell was raised in Newark, New Jersey. Tisha’s parents encouraged her to get involved with music. In fact, her mother was a gospel singer, talent manger, and vocal coach. Tisha’s father was a factory worker and singer, so it’s no surprise that they nurtured her musical talents. At the age of six, Tisha made her first television appearance on the PBS show, The Big Blue Marble. Young Tisha went on to compete in many talent competitions. She even won a car once as a prize from a talent competition. Campbell appeared in children’s programs like Kids Are People Too, Unicorn Tales, and Captain Kangaroo.When Tisha was eighteen years old, she made her film debut in the musical movie Little Shop of Horrors (1986). She starred as a doo-wop girl named Chiffon, alongside her future Martin co-star Tichina Arnold. After graduating from Newark Arts High School, Tisha moved to Hollywood to pursue acting full-time.

Once Campbell arrived in Hollywood, she starred as Marva Foley in the short-lived television series, Rags to Riches. Afterwards, she made guest appearances on shows like A Different World, The Fresh Prince of Bel Air, and Blossom. Tisha also appeared in films like School Daze (1988), House Party (1990), and House Party 2 (1991). Campbell’s big break came in 1992, when she was cast as Gina Waters on the FOX sitcom Martin. She starred on Martin until 1996, when she abruptly left and filed a sexual harassment lawsuit Martin Lawrence and the Martin  producers for verbal and physical assault. HBO studios settled the case with Campbell so that the show’s last season could be completed. Tisha returned to the show to shoot three more episodes under the condition that she did not film with Martin Lawrence.

After Martin, Tisha made guest appearances on a few television series. In 2001, she was cast as Janet Kyle on the sitcom My Wife and Kids. Campbell won an Image Award for “Outstanding Actress in a Comedy Series” and B.E.T. Comedy Award for “Outstanding Actress in a Comedy Series” for her performances on My Wife and Kids. The show stayed on air until 2005. A few films that Tisha Campbell has appeared in are Boomerang (1992), Homeward Bound II: Lost in San Francisco (1996), Sprung (1997), and Zack and Miri Make a Porno (2008). On August 17, 1996 Tisha married actor Duane Martin. They have two sons: Xen and Ezekiel Czar Martin.

Tisha Campell-Martin has enough net worth to buy:

Tisha Campbell has enough net worth to give everyone in Senegal $1.