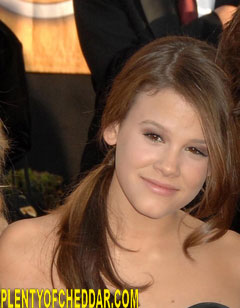 Sosie Bacon has an estimated net worth of $9 million

Sosie Bacon is an American actress with an estimated net worth of $9 million. She is the daughter of actors Kevin Bacon and Kyra Sedgwick. Bacon made her big screen debut in the dramatic film Loverboy (2005) which was directed by her father.