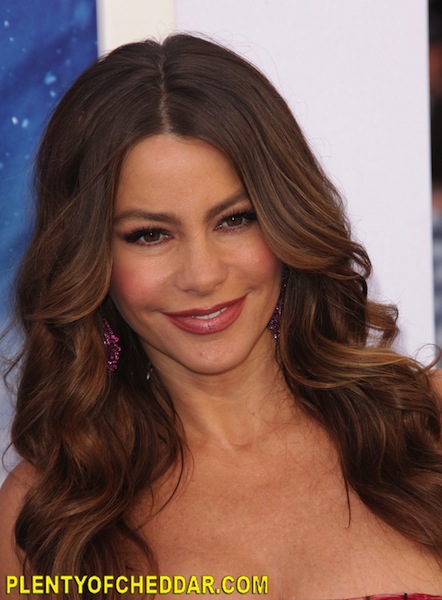 Sofia Vergara has an estimated net worth of $35 million.

Sofia Vergara is a Colombian-born actress with an estimated net worth of $35 million dollars. Sofia is 5’7″ and weighs 125 pounds. She was born on July 10, 1972 in Barranquilla, Colombia. One of six children born to her mother, a housewife, and father, who worked in the cattle industry, Sofia grew up in a religious household. At 18, she married and soon after had a son, although Sofia was divorced two years later. She attended dentistry school for a couple of years, but gave it up to pursue modeling and acting opportunities after she was discovered by a photographer on a Colombian beach.

Sofia moved to the Colombian capital of Bogota where she worked steadily as an actress and as a model for several years. Her career began to take off when she served as a co-host on the show Fuera de serie on Univision from 1995 to 1998. Sofia became a star in the Latin American market and among Hispanics in the United States and decided to move to Miami to take advantage of her increasing popularity in 1998. As a result, she began to land larger and more lucrative roles on Spanish-language soap operas and smaller parts in American movies and television shows, including Chasing Papi (2003), where she played one of three female leads.

Sofia continued to work steadily for the next five years in television and movies and was cast in two Tyler Perry feature films in 2008 and 2009. It was in 2009 when she was cast as Gloria Delgado-Pritchett on ABC’s Modern Family, one of the most successful sit-coms of this century. Sofia has won a number of awards and nominations for the role, including multiple Screen Actors Guild Awards and Emmy nominations. She has become a major worldwide celebrity and among the best known Hispanic actors. Her success continues to land her high-profile movie roles in films like New Year’s Eve, The Smurfs, Machete Kills, as well as major endorsements from Pepsi, Kmart and other brands. In 2013, Vergara was recognized as the highest earning actress on television by Forbes, taking home an estimated $30 million from June 2012 to June 2013.

Sofia Vergara Net Worth Could Buy:

Sofia Vergara has enough net worth to give every person in Canada $1.