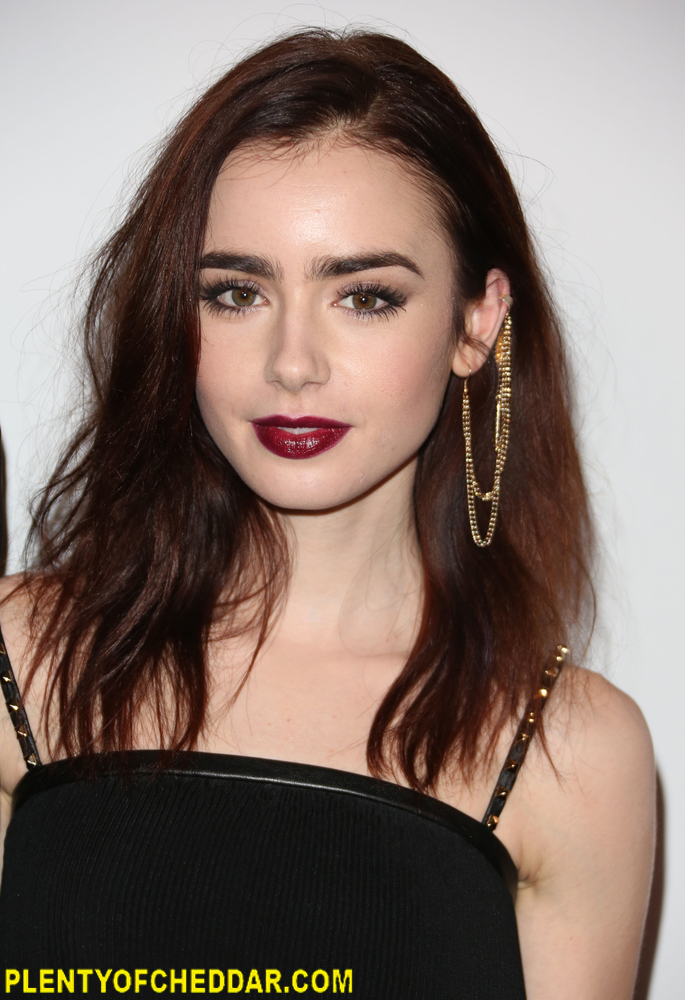 Lily Collins has an estimated net worth of $3 million dollars

British-American actress and model Lily Collins has an estimated net worth of $3 million. Collins is 5’5″ and weighs 110 pounds. Lily Jane Collins was born on March 18, 1989 in Surrey, England. Her father is renowned singer Phil Collins and her mother, Jill Tavelman, is the president of the Beverly Hills Women’s Club.  Collins moved to Los Angeles with her mother when her parents divorced at age 5 and attended high school there eventually being accepted to the University of Southern California where she majored in broadcast journalism.

Collins has been in the media spotlight from very early on, and not just because of her famous father. She had her first acting job when she was 2 years old on BBC’s Growing Pains, and wrote several columns for popular publications as a teenager. Collins’ modeling work kept her in the spotlight from a young age as she was routinely selected to model major fashion lines at events, was named by Maxim as one of the “Hottest Daughters of Rock Stars” in 2009 and continued her television work as a teen correspondent for Nickelodeon covering the 2008 Presidential campaign. She also continued to act playing the daughter of Sandra Bullock daughter in 2009’s The Blind Side and Paul Bettany in Priest the same year.

Her exposure skyrocketed after her most famous role of  ”Snow White” opposite Julia Roberts in the 2012 film Mirror Mirror and she continued to land significant roles in major Hollywood productions, including Stuck in Love (2012), The English Teacher (2013) and The Mortal Instruments: City of Bones (2013). She is scheduled to play the title role in Love, Rosie in 2014 and is rumored to be cast in the lead of the film version of Pride and Prejudice and Zombies.

Lily Collins’ Net Worth Could Buy:

Lily Collins has enough net worth to give every person in Armenia $1.