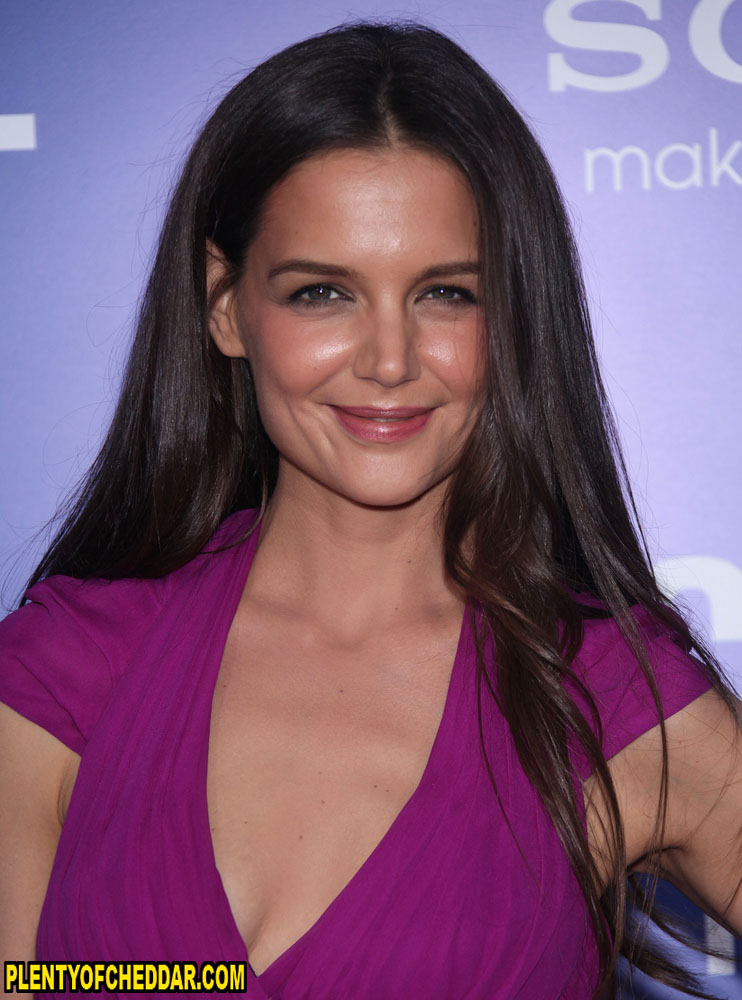 Katie Holmes has an estimated net worth of $25 million dollars

American actress Katie Holmes has an estimated net worth of $25 million dollars. She is best known for her roles in Batman Begins, Don’t Be Afraid of the Dark, and Dawson’s Creek. Holmes is 5’9″ and weighs 120 pounds. Kate Noelle Holmes was born on December 18, 1978 in Toledo, Ohio. Katie’s father was a lawyer and her mother a homemaker and philanthropist and she was the youngest of five kids. She attended  an all-female catholic prep school and earned a 4.0 grade point average and a 1310 score on the SAT’s, after which she was accepted to Columbia University. Before then however, she had already caught the acting bug as she had appeared in school plays and had been modeling (since the age of 14). She got her first break when she was cast in the 1997 film The Ice Storm, starring Kevin Kline and Sigourney Weaver.

It wouldn’t take long before Katie became recognizable throughout the country after she was cast as the tomboy Joey Potter on a new show, Dawson’s Creek in 1997. The show was an instant success, ranking first in its time slot at multiple points across its first four years. The show was incredibly popular among teenagers and young adults and though it was panned by many critics, Katie’s performances were generally very well received. She was nominated  for numerous awards. Her success and beguiling look landed her on the covers of Rolling Stone, TV Guide, Seventeen and others. Her success and widespread appeal would quickly lead to roles in the silver screen and in 1998 she was cast in Disturbing Behavior, a high school horror movie. More roles would follow taking advantage of her youthful appear, including Go and Teaching Mrs. Tingle in 1999. The next year saw her star in two more major productions, Wonder Boys and The Gift.

Katie would continue to important co-starring roles and landed her first lead role in 2003’s Pieces of April, a role which garnered plenty of praise. In 2005 she won the role of Rachel Dawes in Batman Begins, the most successful film of her career. Although she continued to work in film and television, in 2005 she began dating Tom Cruise and her celebrity profile jumped into the stratosphere. The two were married in 2006 and have a child, Suri, together. Throughout her marriage with Cruise, Katie worked and raised her child, but in 2012 it was announced that she filed for divorce.

Katie Holmes’ Net Worth Could Buy:

Katie Holmes has enough net worth to give every person in North Korea $1.