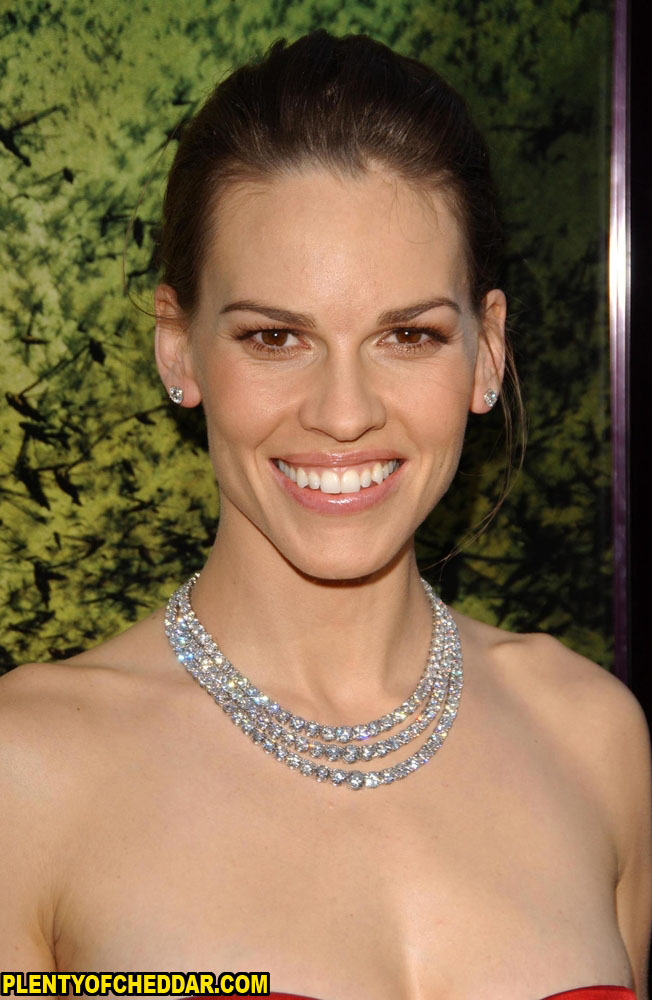 Hilary Swank has an estimated net worth of $40 million dollars

Hilary Swank  is an American actress with an estimated net worth of $40 million dollars.Hilary Swank was born July 30, 1974 in Lincoln, Nebraska. Her father left the family when she was just six years old. Her mother struggled financially, so Swank grew up at a trailer park in Bellingham, Washington. She would often visit Lake Samish as a child, and this is where she learned to swim. Swank was an athletic girl, participating and gymnastics and competitive swimming. She knew in her heart that she wanted to be an actress, despite her athletic abilities. When her mother lost her job, the two moved to Los Angeles and lived out of an Oldsmobile Cutlass Supreme. They moved to L.A. in hopes of Swank becoming a Hollywood actress. Her mother would use a roll of quarters on a pay phone to call agents in hopes of her daughter getting a chance to audition.

Eventually their hard work paid off and Swank landed some small television gigs. She made guest appearances on Harry and the Hendersons and Evening Shade in the early 1990s. She made her film debit in 1992, appearing in Buffy the Vampire Slayer. Swank thought she was getting her big break when she was cast in a leading role in The Next Karate Kid (1994). The film bombed in the box office, only grossing $8.7 million. She continued to get cast in forgettable movie projects for the next couple of years.

Swank’s breakout role came in 1999, when she played a transgendered teen in Boys Don’t Cry. The film showed off her acting chops and Swank earned a Golden Globe and Academy Award for Best Actress. Not bad for a film in which she only got paid $3000. Afterwards, a stream of movie offers poured in for the actress. Hilary Swank has appeared in films like The Gift (2000), Insomnia (2002), and Million Dollar Baby (2004). She again won a Golden Globe and Oscar for her work in Million Dollar Baby.

Hilary Swank has enough net worth to buy: