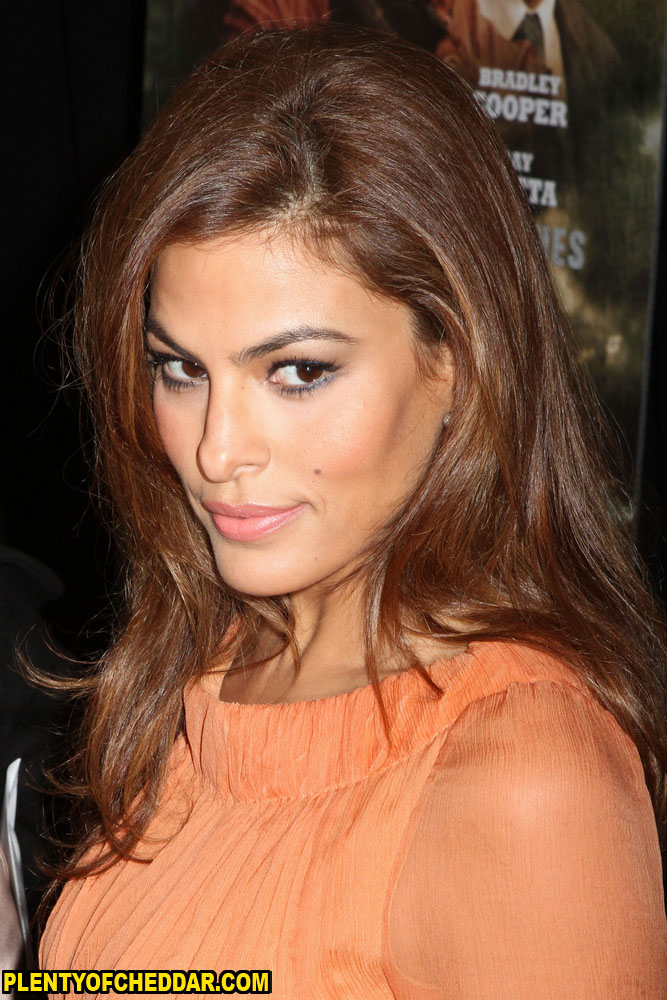 Eva Mendes has an estimated net worth of $12 million dollars

Eva Mendes is an American actress, home-ware designer, and model with an estimated net worth of $12 million dollars. She is 5’6″ and weighs 124 pounds. Eva Mendes was born March 5, 1974 in Miami, Florida. She is of Cuban descent. At the age of ten, her parents divorced. Mendes and her siblings moved with their mother to Los Angeles, California. Things were tough growing up with a single mother. Mendes would imagine of becoming an opera singer, astronaut,and even a nun. While she was attending California State University, Mendes caught the attention of A Hollywood casting agent. She dropped out of college in 1997 to pursue acting.

Due to her sexy looks, Mendes became a popular music video girl. She appeared in Will Smith’s “Miami” music video and Aerosmith’s “Hole In My Soul” video. After only one year of acting, Mendes landed her first role in a straight-to-vhs film, Children of the Corn V: Fields of Terror (1998). For the next couple of years she appeared in  films such as A Night at the Roxbury (1998), Mortal Kombat:Konquest (1998), My Brother the Pig (1999), and Urban Legends: Final Cut (2000).

Mendes break-out role was when she played Denzel Washington’s wife in Training Day (2001). Her nude scene caught the attention of the public and they were enamored with her striking appearance. Revlon decided to sign Hollywood’s newest “It Girl” to a spokesmodel deal. Mendes has starred in a string of commercially successful movies like All About The Benjamins (2002), Out of Time (2003), 2 fast 2 Furious (2003), Stuck on You (2003), Once Upon A Time in Mexico (2003), Hitch (2005), Ghost Rider (2007),and many more.

In 2008, Mendes became the new face of Calvin Klein. Although she is no longer in her twenties, Mendes is still considered a sex symbol and timeless beauty. She has made numerous lists like Maxim’s ”Hot 100″, AskMen.com’s “Top 99 Desirable Women”, and People magazines “Most Beautiful People” lists.

Eva Mendez has enough net worth to buy:

Eva Mendes has enough net worth to give everyone in South Sudan $1.