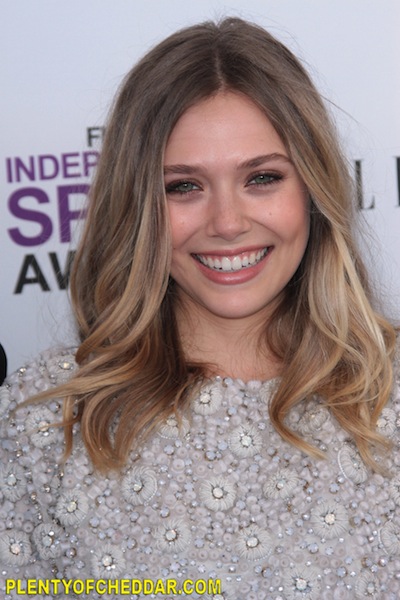 Elizabeth Olsen has an estimated net worth of $1.5 million

Elizabeth Chase Olsen is an American actress with an estimated net worth of $1.5 million dollars. Olsen is five feet and seven inches tall, and she weighs 106 pounds. You may notice her resemblance to the famous Olsen twins, and this is because she is their youngest sister. Elizabeth was born February 16, 1989 in Sherman Oaks, California. Olsen began acting at a very young age because her sisters would cast her in their films. She had small roles in How the West Was Fun and the straight-to-vhs series of The Adventures of Mary-Kate and Ashley. Elizabeth took acting classes and ballet lessons. Olsen attended the  Campbell Hall School in North Hollywood from kindergarten to the twelfth grade and then enrolled  into NYU’s Tisch School of Arts. In 2009 she studied abroad for a year in Moscow, Russia at the Art Theatre School.

She graduated from the Tisch School Of Arts in 2011 and within that same year her film Marcy May Marlene premiered in the Sundance Festival. In the film she appeared nude, and when she was asked about her nudity, Olsen claimed it added to the film. She won “Best Actress” from the Central Ohio Film Critics Association, Phoenix Film Critics  Society, and Vancouver Film Critics Association for her portrayal of Martha along with plenty other notable awards. In 2012 Elizabeth starred in Josh Radnor’s film Liberal Arts and she and Dakota Fanning are set to star in Very Good Girls which is to be released in 2013. The British Academy of Film and Television Arts nominated Elizabeth with the Rising Star Award. Currently Elizabeth is up for the role of the “Scarlet Witch” in Marvel’s The Avengers: Age of Ultron slated to be released in 2015.

Elizabeth Olsen has enough net worth to buy:

Elizabeth Olsen has enough net worth to give everyone in Trinidad & Tobago $1.13.