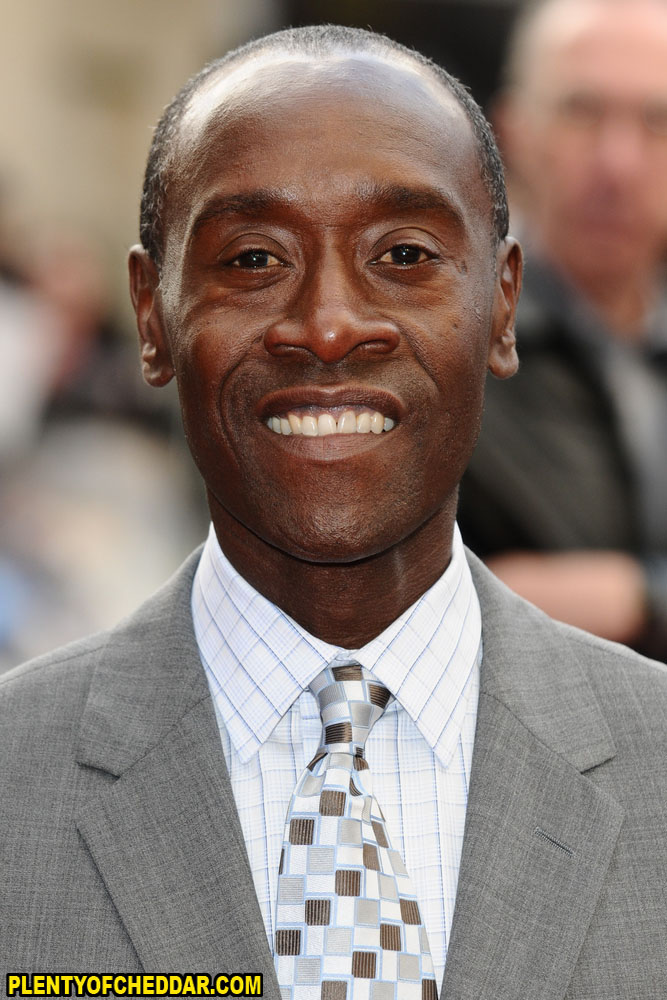 Don Cheadle has an estimated net worth of $35 million

Don Cheadle Jr. is an American actor and producer with an estimated net worth of $35 million. He has starred in films like Hotel Rwanda, the Ocean’s Eleven franchise, and Iron Man 2 & 3.  He is 5’8″ and weighs 150 pounds. Donald Frank Cheadle, Jr. was born on November 29, 1964 in Kansas City, Missouri. His mother was a teacher and his father a clinical psychologist. Cheadle and his siblings moved often throughout his childhood before he graduated from East High School in Denver. He would go on to attend the California Institute of the Arts and trained in classic theatre. Once he graduated, he set about making a career in acting and quickly found work in television, including shows like Fame, L.A. Law and Hill Street Blues, and movies like Colors in 1988.

Cheadle got among his first long term roles as “District Attorney John Littleton” on Picket Fences, which would get him noticed and eventually led to a memorable role in Denzel Washington’s Devil in a Blue Dress (1995) as the violent “Mouse.” His career was definitely beginning to get legs as he next had memorable roles in Boogie Nights (1997) and Traffic (2000). He would continue to light up the screen in roles in Ocean’s Eleven (2001) and Ocean’s Twelve (2004).

Cheadle’s already impressive resume would get even more stellar with his Oscar nominated performance in 2004’s Hotel Rwanda and his run of successes would continue with 2005’s Crash, which he starred in and co-produced, and which won the Oscar for Best Picture. He continues to be part of major commercial movies like the Iron Man franchise, Flight (2012) and The Avengers: Age of Ultron (2015). Cheadle is also the star of Showtime’s series, House of Lies. Cheadle is in a long-term relationship with actress Bridgid Coulter and has three children with her.

Don Cheadle has enough net worth to buy:

Don Cheadle has enough net worth to give everyone in Canada $1.