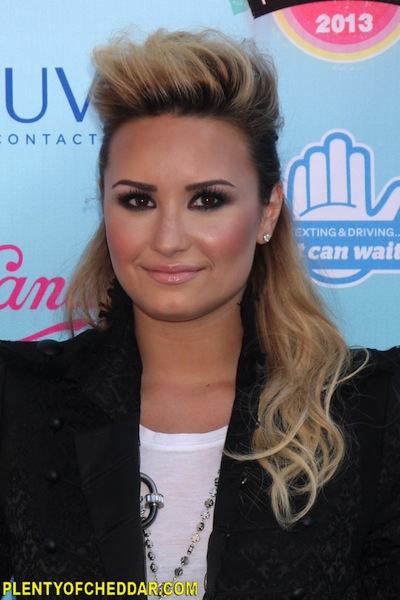 Demi Lovato has an estimated net worth of $15 million

Demi Lovato is an American actress and singer with an estimated net worth of $15 million dollars. Demi is five feet and three inches tall and weighs 143 pounds. Demetria Devonne Lovato was born August 20, 1992 in Albuquerque, New Mexico. her mother, Dianna Hart was a former Dallas Cowboys cheerleader and country music singer. Demi was raised in Dallas, Texas where she began her acting career on the children’s show Barney & Friends. By seven years old, Demi was playing the piano, and by ten she was playing the guitar. By then she was enrolled in acting classes. Demi did not attend traditional school because she was a victim of severe bullying. She was home-schooled until she graduated high school in 2006.

In 2007 Disney cast Demi to play the role of “Charlotte Adams” in its series As the Bell Rings. Demi auditioned for two Disney programs in the same day, and received the lead roles in the television movie Camp Rock and series Sonny With A Chance. Demi sang on four of the songs that were on the Camp Rock album; three of which were recorded with the Jonas Brothers. She also appeared on the Jonas Brothers’ Burnin’ Up Tour the summer of 2008.

In May of 2012 signed a contract to be a judge on the American version of the X Factor. Producers hired Demi to gain viewership from a younger demographic. Her salary is said to be $2 million a year.  It was announced in August 2013 that Demi will appear on at least six episodes of the hit show Glee where she will play a struggling artist in New York.

Demi Lovato has enough net worth to buy:

Demi Lovato has enough net worth to give everyone in Malawi $1.04.