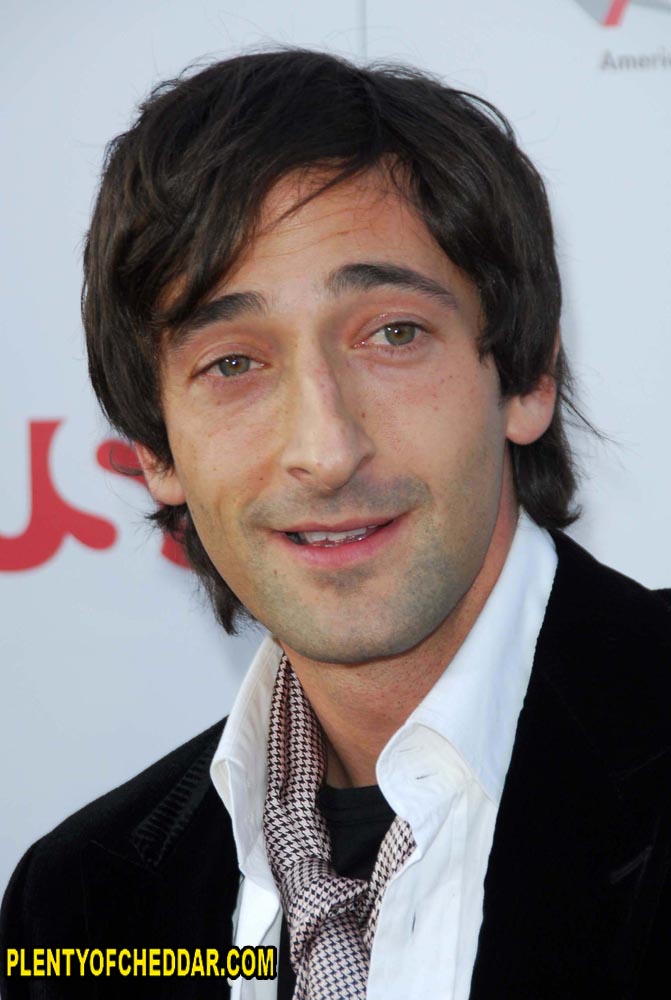 Adrien Brody has an estimated net worth of $40 million dollars

Adrien Brody is an American actor and film producer with an estimated net worth of $40 million dollars. Brody is 6’1″ and weighs 161 pounds. Adrien Brody was born April 14, 1973 in New York, New York. His mother Sylvia Plachy, was a photojournalist who would often take him along on assignments. Brody credits Sylvia with making him feel comfortable in front of the camera. He attended the American Academy of Dramatic Arts by the age of twelve. Brody then went on to attend Fiorello H. LaGuardia High School of Music & Art and Performing Arts in New York City. Brody’s parents also enrolled him in acting classes, so that he could focus on something positive and not negative peer pressure from his friends.

Brody worked as an actor for years building his resumé while performing in low budget films.He didn’t start making a name for himself in the industry until he received an Independent Spirit Award nomination for his role in the 1998 film, Restaurant. Spike Lee’s 1999 film, Summer of Sam propelled the actor to Hollywood prominence when he played the role of “Richie Tringale”. However it wasn’t until Brody played the role of “Wladyslaw Szpilman” in Roman Polanski’s war drama film, The Pianist that he began receiving critical acclaim.  Brody won the Academy Award for Best Actor for his captivating performance in the film. At the age of 29, Brody was and still is the youngest recipient of this award. Brody  started dating Spanish actress Elsa Pataky from 2006. In 2007 he pulled out the big bucks for for Elsa’s 31st birthday. He purchased her a 19th-century style castle in New York state. The couple broke up in 2009. The actor is currently not married. Other films in which you can see Brody are The Village (2004), King Kong (2005), The Brothers Bloom (2008), Cadillac Records (2008), and Midnight in Paris (2011).

Adrien Brody has enough net worth to buy:

Adrien Brody has enough net worth to give everyone in Poland $1.04.