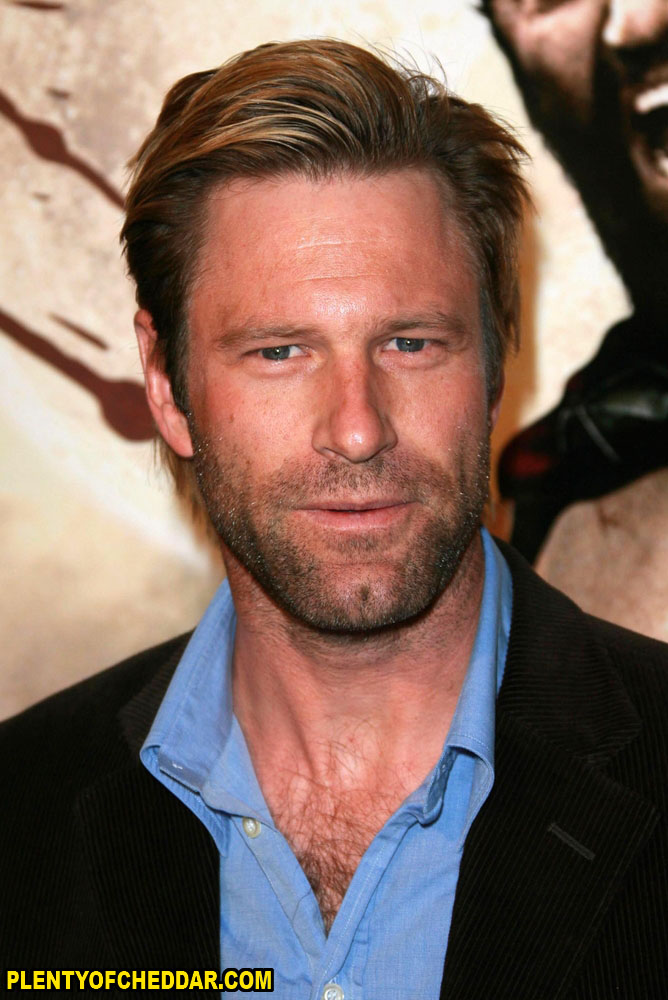 Aaron Eckhart has an estimated net worth of $16 million dollars

Aaron Eckhart is an American actor with an estimated net worth of $16 million.  Aaron Edward Eckhart was born on March 12, 1968 in Cupertino, California to Mary Martha Eckhart, a children’s author, and James Conrad Eckhart. Aaron was raised Mormon, is the youngest of three brothers and is of German and English descent. He stands at six feet tall and weighs 187 pounds. In 1981, at the age of 13, Aaron’s family relocated to England when his father accepted a new job as a computer exec. By high school, Eckhart had discovered his passion for acting and had performed in numerous school plays. In 1988, Aaron relocated to the United States to attend college at Brigham Young University and later received his Bachelor of Fine Arts degree.

During his college years, while appearing in a number of Mormon –themed plays, Eckhart met writer/director Neil LaBute, who would eventually give Aaron his big Hollywood break casting him in the film  adaptation of LaBute’s play, 1997’s In the Company of Men. The film garnered massive critical success and Eckhart’s chilling performance would win him Best Debut Performance at the Independent Spirit Awards. Aaron’s first critical and box office success would come in 2000’s Erin Brockovich, which earned $256 million worldwide and had critics taking note of the budding actor. Over the next few years, Aaron would go on to star next to prominent actors, such as Jack Nicholson and Sean Penn in The Pledge (2001) and Hilary Swank in 2003’s The Core. In 2005, Eckhart would hit career pay dirt with the film Thank You for Smoking, playing the compassionless big tobacco lobbyist, Nick Naylor. Aaron received a Golden Globe nomination for Best Actor in a Motion Picture Musical or Comedy for his work in Smoking and solidified himself as one of Hollywood’s noteworthy actors.

After being named  of People magazine’s 100 Most Beautiful People in 2006, Eckhart took on the role of “Harvey Dent/Two-Face” in Christopher Nolan’s Dark Night, which would eventually gross $1 billion dollars worldwide, making it Aaron’s top earning film to date. Although extremely private about his personal life, it is known that Eckhart’s been engaged one time to actress Emily Cline and had a longtime romance with SheDaisy bandmate Kristyn Osborn which ended in 2007. He enjoys photography and songwriting in his spare time.

Aaron Eckhart’s  Net Worth Could Buy:

Aaron Eckhart has enough net worth to give every person in Ecuador $1.