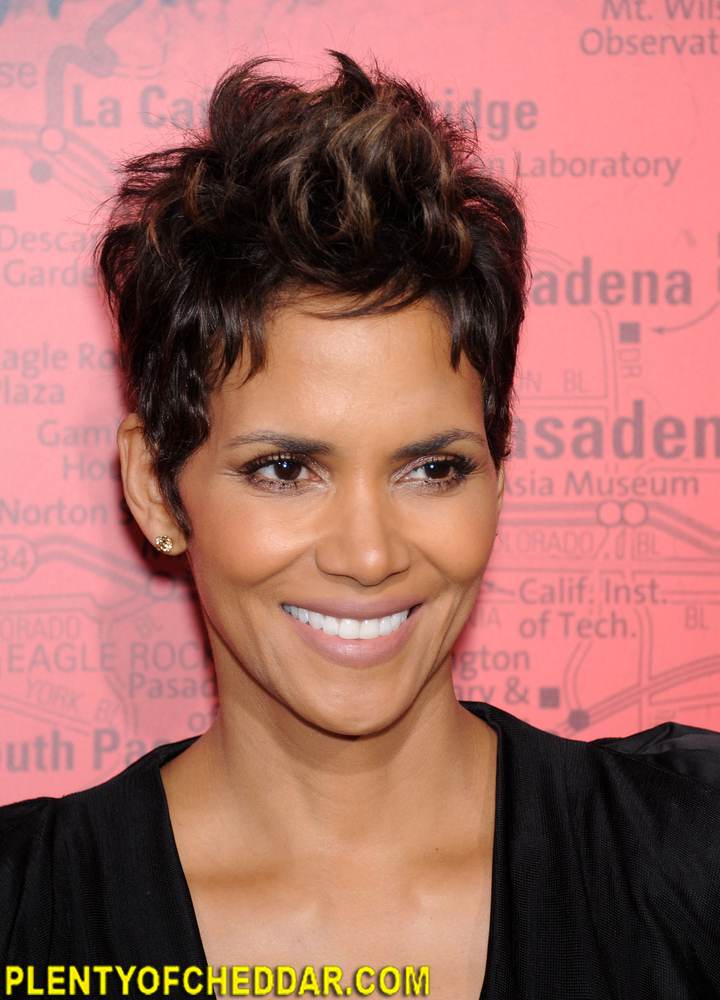 Halle Berry has an estimated net worth of $70 million dollars.

American actress Halle Berry has an estimated net worth of $70 million. Halle is 5’6″ and weighs 116 pounds. Maria Halle Berry was born on August 14, 1966 in Cleveland, Ohio. Halle’s mother was a psychiatric nurse and her father a hospital attendant in the same ward. Her parents divorced when she was her four and she and her sister stayed with their mother and became estranged from their father. After high school in the 1980s, Halle studied at a community college and then started entering beauty pageants. She won Miss Teen All American in 1985 and Miss Ohio in 1986 and finished as first runner up in Miss USA in 1986. Soon after she moved to Chicago to pursue modeling and eventually, in 1989, to New York City to pursue an acting career. At first she struggled – even living in a homeless shelter, briefly – but her fortunes turned when she was cast in the television series Living Dolls for ABC.

Halle then moved to Los Angeles and started to see her career take off. She was introduced to much of America through a recurring role on popular television series Knots Landing and then won acclaim for her role as a drug addict in Spike Lee’s Jungle Fever (1991) and started to get more significant roles as a result. After her first co-starring role in Strictly Business, she again won over audiences in Eddie Murphy’s Boomerang in 2002, establishing herself as a popular and beautiful Hollywood talent. Her stature would grow in subsequent years, as she starred in everything from dramas like Losing Isaiah (1995) to action flicks like Executive Decision (1995), and satires like B.A.P.S. (1997) and Bulworth (1998). She would also star in HBO’s Introducing Dorothy Dandridge, for which she became the first black woman to be nominated for an Academy Award and became a spokeswoman for Revlon.

Halle became part of one of the most commercially successful film franchises in history when she was cast as “Storm” in X-Men and then reprised her role three more times. Her acting career reached its pinnacle when she won the Best Actress Academy Awards for her role as “Leticia Musgrove” in Monster’s Ball. With he stature cemented, she would continue to take high-profile roles including become a Bond girl in Die Another Day, playing the title role in Catwoman. Halle professional and person life continues to attract media attention.

Halle Berry’s Net Worth Could Buy:

Halle Berry has enough net worth to give every person in the Democratic Republic of Congo $1.03.